Custom Magento themes are not an easy task, however in the last 12 months we have had more and more customers migrate from other shopping cart software such as eCart, SellerDeck and Actinic.

This article was meant to be a self-boasting discussion on the launch of one of our clients websites, one that had migrated from eCart and had both a blog and forum on separate third party freebie websites, then the end result was that we’d merged all three together to evolve into a shop that replicated your local surf shop (sit down and chat, ask advice, do some research and buy some kitesurfing gear).

As established Sellerdeck and Actinic developers, we have extensive knowledge of how to build, develop and to prepare these ecommerce softwares for search engines. After all, SellerDeck is considered to be a great platform for developers to work on (and it really is). However, over the last few years we’ve carefully watched SellerDeck slip down the rankings as it seems that they are now becoming slow in adding key elements of ecommerce software.

In previous years, SellerDeck was very good at providing easy to use ecommerce software with functions that allowed you to do nearly anything you wanted (i.e. BOGOF promotions, voucher codes, customer accounts, custom shipping bands, product personalisation, etc). However, in recent years the SEO has become dormant, likewise the new features in the latest version is very much behind. Granted, in Magento you have to pay for modules such as Flexslider for random images, but it’s taken years for SellerDeck to release a home page main image rotator. As a web design company, we’ve been adding Flexslider rotating images to SellerDeck for years.

It seems noticeable that the guys behind SellerDeck have been concentrating on generating other forms of income, such as their SellerDeck Hosting, payments, SEO health checks and responsive templates to the point the latter two services should be integrated into their software as standard.

As SellerDeck has become outdated with its SEO, we have to customise code to add Schema.org rich snippets into each and every website to ensure the best visibility on Google and to increase click-through conversions. We also add additional meta tags and Twitter/Facebook upgrades as well as social media sharing tools, yet Google friendly URL rewrites are not implemented in SellerDeck (but they’re standard in Magrnto). Instead, SellerDeck have omitted essential SEO features whereas Magento has been regularly improving its SEO and there are dozens of SEO extensions available to automate certain parameters and customise others, Magento shines in this department.

Likewise, the last couple of years, Google has been emphasising the importance of a mobile friendly website. One major drawback to SellerDeck was that it was not mobile friendly, but when they eventually created a mobile friendly base theme, they had the cheek to charge for it. Then they wanted to charge a small fortune to customise it for existing websites… err isn’t this the job of a web developer?? So what is SellerDeck? An ecommerce software, or a web design company? This really kicked the web developers in the gut and I guess many have since departed and ventured elsewhere.

Sure there are other market leading platforms out there such as Spotify, Bigcommerce and Pinnacle Cart; yet these are great if you’re a small business that wants to build your own online shop for as little expense as possible. And yes, there are free themes out there for those softwares but if you want a web developer to build the best website for your business, then you’ll need a bespoke website, and that’s where Magento works well with PHP based web developers like ourselves. I suppose the best way to sum it up is… If you want to extend your house, would you build it yourself or employ a construction company? And would you like them to use old rusty tools, or to use the right tools for the right job?

This is not meant to be a review of SellerDeck or Magento, but merely our web developers recent thoughts on how SellerDeck has lost their edge and needs to focus their attention on developing a good ecommerce software in order to compete against the larger ecommerce platforms. Maybe at a later date I’ll write a review comparing both Magento vs SellerDeck (& maybe Shopify and Bigcommerce too!). With a bit of luck, the guys at SellerDeck might read this and listen to their clients.

So back to my original statement, this last 12 months we’ve seen a big surge in clients migrating to Magento, not because it is a better tool for the growing business, but because older ecommerce software have become outdated and in these modern times of the smartphone, TV’s and tablets, businesses need to keep up to date with the times and move forward in developing their business. At the end of the day, you need the right tool for the right job. And the right team to do that job for you (that’ll be us then!) 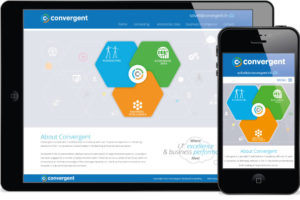 Our web designers have one again been busy and launched[...] 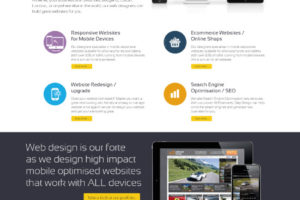 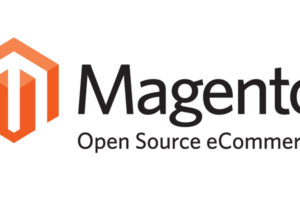 Over the last few years, we’ve been busy designing custom[...]